And, bear with me. This will take a while.

I wasn’t introduced to alcohol until I was 18 but, it was definitely love at first DRUNK. It eased my social anxiety and gave me confidence. I drank like a normal college student for about two years before it actually became a priority in my life. I was blind to it at the time, but let’s just say that none of my other normal-drinking friends were quitting dance team and dropping classes. But I was

My best friends started to graduate, go to nursing school and get big-girl jobs. This is where the hurting started. I missed them. I wanted to be doing life with them, but I couldn’t focus enough to catch up with them. This triggered some serious depression and anxiety about my life status. I compared and I isolated, and boy was I good at it.

For the next few years, I kept trying to figure it out. School. School and a job. School. Changed majors. Full-time job. Full-time job and school. I was a mess. I decided to seek therapy for my depression and anxiety. The only “solution” that was offered was a pretty little prescription. That didn’t work either.

I was so unhappy. Unhappy with who I was, where I was and where I was (not) going. But, I put my mask on and I faked it.

PS: Ya know that quote everyone loves to tell everyone? The one that says, THATS. CRAP. Don’t do that.

I moved to North Little Rock, Ark. in 2015. I was working full time at a job I truly loved. In fact, it was a key factor in my survival here. Unfortunately, I was still off. Ya know how a lot of people explain depression as this “empty” feeling? Yea, I feel that. I think that “empty” part in me was my inability to cope. Cope with sadness, resentment, fear and pride. So, I just stuffed it with something that required no coping. A drink made me forget and that worked for me, for a while.

I drank every night. I continued to live this lifestyle for about 2 more years. I like to say I hit the pause button here. Because I’m a high-functioning alcoholic, I didn’t lose any friends or family. I was never fired from a job. I never got in any legal trouble. But I wasn’t present. I was just going through the motions.

In May of 2017, I transitioned from full-time employee to full-time student. I had a part-time job that fall, but I eventually quit that too. After that, most of my days ended at noon. I claimed I would spend that extra time studying, but I didn’t. Free time just meant more drinking time for me. At the end of last year, I transitioned from heavy drinker to really heavy drinker. Like, seriously-life-threatening-drinker.

So I was drinking. A lot. At the of 2017, I was drinking all day. Every day. Sleep kind of turned into intermittent napping for me. I’d pass out, sleep for 3-4 hours, then wake up with a racing heart, nausea and headaches. The next day, the vicious cycle started again. I was always hungover, so eventually, I was drinking just to feel okay and function.

I barely made it through the holidays and then my physical health began to deteriorate. I was overwhelmingly shaky. I had stomach issues, dizziness, high blood pressure and fatigue. The only thing the alcohol provided me was some relief from the shakes. I was very sick and it became obvious.

I needed help. But I was too good to ask for it. 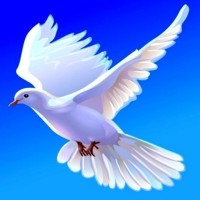